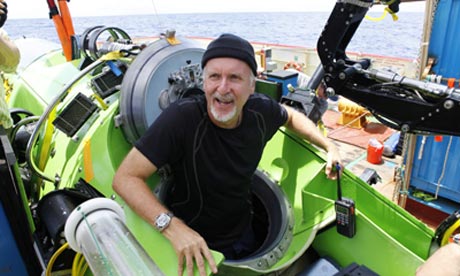 On March 25, 2012, filmmaker James Cameron became the first man to visit the deepest spot in the ocean since U.S. Navy Lieutenant Don Walsh and Swiss oceanographer Jacques Piccard reached the Challenger Deep of the Mariana Trench – 35,800 feet below the surface – in the bathyscaphe Trieste in 1960.

While Cameron’s dive only offered views of a few hundred square meters of the ocean bottom, it was truly another great symbolic leap for mankind. If the space program had received financial support at the low levels of ocean programs, we’d never have reached the moon, we wouldn’t have a space station, and there would not have been a space shuttle program period.

Cameron’s achievement, more than anything, points out the lack of interest in the ocean and in ocean funding by policy makers.

When it comes to understanding the ocean, humans are metaphorically in a position a lot deeper than the Mariana Trench. While you might have know about James Cameron’s adventure, you might not know these important facts:

So what is at risk if we as people, don’t better grasp a better understanding of the ocean?

According to Wikipedia, 529 people qualify as having reached space, and space travelers have spent over 30,400 man-days (83 man-years) in space, including over 100 astronaut days of spacewalks.  James Cameron’s milestone can be likened to astronauts landing on the moon, yet it only happened because of the resources of this wealthy man.  No governmental initiative thought it important enough to pursue.  What does that say for the status of our understanding of the ocean?
This article first appeared in the May/June 2012 issue of Air2Air Magazine.

This site uses Akismet to reduce spam. Learn how your comment data is processed.